10 Things You Didn’t Know About Your Underwear

Underwear is a part of most of our daily lives. And for some, it just isn’t. We get underwear for birthdays and holidays from our parents. We wear matching bras and panties to feel sexy. Like our best friends, some underwear offer support. We need underwear to be protected. Here we share ten interesting and fun facts about underwear.

Over 60% of women around the globe are walking around in the wrong bra size, often causing back problems. It is often necessary to go into the lingerie shop each year and try on different sizes for each type of bra. For example, the right strapless bra is often in a different size than a t-shirt bra.

You want to make sure that your band fits well and sits along the skin. A tight band can hurt your ribs and block lymph nodes. Your breasts should sit well in your bra cups. You are probably wearing the wrong cup size if your breasts pop out over the top of your bra or spill out on the side. If you have a gap at the top of the cup, try tightening your bra straps. If this does not help, it is time to go down one cup size. Wearing the right bra size gives you a better appearance and improved support.

It is important to have a push-up bra in your wardrobe. They provide a natural- looking lift and can add an entire cup size to help you to achieve that full look. But wearing a push-up bra for more than two hours each day can be harmful. There is some evidence that wearing them longer can cause the development of tumors or cancer.

Bonus fun fact – There was once a time that inflatable bras did the work of the push- up bra. Women could inflate them with a straw and go out for the night only to have them deflate in the most inopportune moments.

As women, we change so much throughout our lives. One woman wears around five different bra sizes. When we gain and lose weight, muscle gain caused by exercise, pregnancy, and the months after, breastfeeding, and menopause all affect the breasts and, in turn, our bra size.

Lace and silk panties are beautiful choices, but natural Fabrics are the best choice for panties. Breathable and absorbent cotton panties are the gentlest for the sensitive vulva. They also help to guard against yeast infections.

Normal vaginal discharge is common, and the cotton panties will pull the moisture away from you. Synthetics will trap the moisture inside and breed yeast infections.

Overnight it is best to fly free. Those with no vaginal issues can go with or without. But for those with recurring yeast infections, going commando is best. This stops the moisture from building up and bacteria at bay.

If it feels odd to go without underwear, opt for loose pajama bottoms. Before the 19th century, English women used petticoats to stop the breeze, but they did not wear underwear. So, you have science to back up your free flying!

It is important that your underwear fits well and isn’t too constricting. With all the movement that happens, chafing could occur with ill-fitting underwear.

We often avoid unsightly panty lines by throwing on a thong. And while thongs often get a bad rap, they don’t cause any issues for your vaginal health. While they may give

you a wedgie and need adjusting during the day, there is no medical evidence that they cause vaginal conditions.

Urinary tract infections, bacterial vaginosis, or yeast infections are not more common in women who wear thongs. So, feel free to wear your thong, but try to stick to those made from natural cotton.

We often take our lace and silk undies and wash them by hand. Their soft fabrics make us think of them as delicate. That isn’t usually the same for our cotton briefs and boy shorts but using hypoallergenic soap for all your underwear is a good idea.

Your panties sit right next to your most sensitive areas all day long, it is best to keep them free from chemical detergents. After you wash your underwear, use the tumble dry low setting of the dryer for 30 minutes. Read the care tag. It provides the best instruction for taking care of that piece of underwear.

How long have you been holding on to your favorite panties? Don’t hold on to the same underwear for more than a year. This is especially true for those who have issues with bacterial vaginosis.

Living bacteria can hang on to washed underwear. This can be hard when you have invested a lot in quality underwear, so use your best judgment here.

The first bra was officially created by Mary Phelps Jacob on November 3, 1914. When she found that her breasts were not fitting into her corset, she came up with a solution! Using two silk handkerchiefs sewed together with a ribbon gave her the coverage she needed.

She was granted a patent on that day in 1914 from the United States Patent and Trademark Office for the “brassiere”. She later sold the patent, and the rest is history. It is rumoured that her husband didn’t want her to be a businesswoman. The Warner Brothers Corset Company bought the patent for $1500 and of course made millions with it in short order. 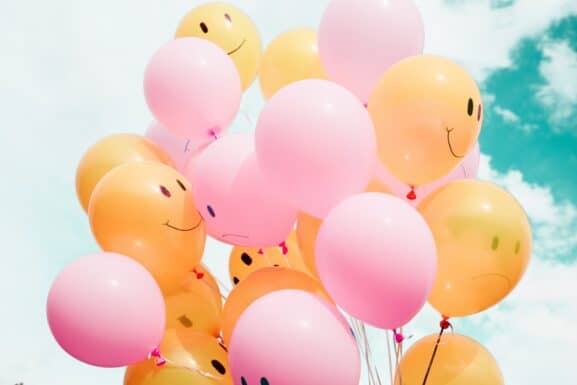 Wellness: 10 Things You Can Do To Stay Positive

Every day presents a new opportunity. Each year we have 365 days of opportunity. When our mental state affects every

Pronouns – What They Are And Why We Should Use Them

We use pronouns every day when referring to others. However, unless you ask, you might not be using the right

If you are having any questions, please feel free to ask.

Drop Us a Line